Hey everyone, I’ve been very busy with other work these last couple months, so unfortunately 0.7.2 has been delayed and isn’t as large I’d like it to be, but there will be more than just catalysts! In this blog I’m going to talk about the second major thing coming in 0.7.2: Rebalanced Enchantments!

The Current State of Enchants and Glyphs

Before getting into enchants, lets look at their armor equivalent. Glyphs have gone through many major balance iterations, and I’ve only been really happy with them recently. In their first iteration glyphs were largely about heavy tradeoffs for circumstantial benefits, which led many people to ignore them. They were considered so weak in this first iteration that armor was given a free +1 with a glyph as an attempt to balance them.

When I reworked glyphs, I wanted to keep the theme of heavy tradeoffs but buff the benefits to make glyphs worth it, unfortunately this just lead to frustration as glyphs were better but still nowhere near strong enough (with a couple exceptions). Finally I reneged and redesigned glyphs to have a bigger power budget and be more about circumstantial benefits and variety without nearly as strong of a tradeoff. Glyphs are now in a really nice spot where they enhance armor variety and synergy potential greatly, without providing any straight buffs to damage blocking (the free +1 was removed a while ago).

When compared to glyphs, enchants have always been much more impactful and appreciated by players, but they’ve also never been as interesting. Enchants are much more about directly enhancing the killing potential of weapons, and I didn’t help with this when I added vorpal and improved shocking in v0.4.0. Now that glyphs are finally working so well, enchants are looking a bit boring by comparison. Players tend to aggressively seek out enchantments simply because most of them are equivalent in terms of DPS to one or more upgrades, whereas most glyphs encourage different strategies and synergies.

I’ve decided that I’d like enchantments to be more about variety, and less about raw power. By doing this I can put a lot more focus on specific synergistic or interesting effects, without having to worry as much about whether those effects offer enough power to compete with direct damage enchantments. It also means I can finally start to be more generous with how enchantments are gained and kept. I already started this with 0.7.0, and armor has had this forever with arcane styli. In 0.7.2 I’m repositioning the magical infusion spell to be easier to make and to grant an upgrade which is guaranteed to preserve and enchantment. I will likely do more on this front in future updates.

I’m looking at adding more enchantments that have circumstantial utility, and rebalance or remove enchantments which just offer direct damage. Of course some enchantments will still help with killing power, but I want it to be much less direct than it is right now, where many enchantments are direct damage boosts with little gameplay implication. Here are some specific examples: 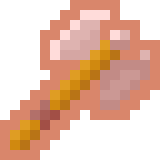 Blazing has some nice flavor to it already, so all I’m doing is adjusting it to be more about the fire debuff and less about direct damage. I’m also looking to adjust fire to do damage based on depth rather than max HP, currently it’s too strong against bosses and too weak against regular enemies. Blazing is nicely counterbalanced by the unintended chaos fire can bring. 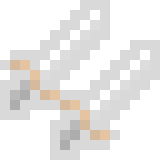 Shocking does spread damage at the moment, but most of its power comes from the significant bonus damage it deals to the primary target. I’m going to adjust it to be all about spreading damage, with no damage to the primary target at all. While this does make it much worse in the average fight, it’ll open up nice potential when the player is around multiple enemies. 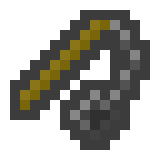 Grim is the classical enchantment that focuses on killing power, and I definitely don’t want to remove that. Back in 0.4.0 I rebalanced grim to have a greater chance to finish an enemy off and a lesser chance to kill them from higher health. I’m going to more heavily lean on that dynamic, positioning grim as an excellent enchant for helping you turn an injured enemy into a dead one. This is also nice because it frees the power budget up a bit to let grim proc more often overall, which should make it feel more impactful. 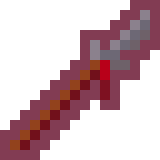 Vampiric is another very powerful enchant that I’d like to add some more flavor to. I like that it’s more survivability focused, but the extend that it lets people recover has always been problematic. I’ve more than halved its power over the years and it’s still easily the most powerful enchantment. I’m going to adjust it to lean more heavily on giving health when the player is injured, which should not only help it play into other ‘low health’ game mechanics, but also means that players need to risk a bit more to get its full effect.

I’m also removing some enchants outright and adding some new ones to take their place: 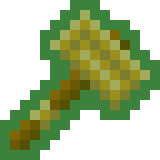 Blooming is a fairly basic enchantment at base that’s just oozing with synergy potential. On-hit a blooming weapon has a chance to spawn tall grass on the enemy’s position, or next to it if grass is there already. While this effect just means a few more grass consumables at base, there’s all sorts of ways crafty players could use this grass to their advantage. 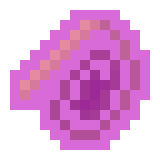 The Elastic curse was in a weird spot before where it had excellent synergies, but was also devastating to the average run. Weakening the curse effect would make it pretty much purely positive with some waiting attached, so I decided to just not have it be a curse! Elastic will now have a chance to knock back enemies and will still deal full damage when it does. 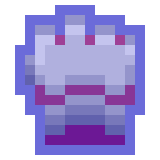 Blocking is a different sort of enchant that I think will work nicely on more armor-centric builds. Attacking with a weapon will grant a short boost to armor which scales with the level of the weapon. This has some nice synergy with defensive weapons such as the roundshield and greatshield, but players will need to attack with those weapons to get the effect. 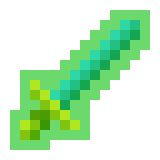 Lucky is keeping its name but getting mechanically changed so much that it’s essentially a new enchantment. Lucky is becoming a rare enchant which will have a chance to spawn bonus low to medium value loot when enemies are killed. I’m excited to see how this one does, seeing as it’s an enchantment that doesn’t help with combat at all, but should nonetheless be very useful.

0.7.2 should be releasing in a week or two, so look forward to seeing these changes ingame soon! Once again sorry for the longer wait on this update.