Hey Dungeoneers, the next Shattered update is coming soon, here’s what to expect!

0.7.4 is primarily focused on improving existing allies and adding new ones. While Shattered has had proper allies for a while, they haven’t always performed the best, either due to a lack of power, or awkward AI. Things have been a bit better on the power front since I reworked the ghost hero and added the scroll of prismatic image, but there is more that can be done!

Before delving into what’s new, let me cover some of the improvements I’ve made to allies that already exist within the game.

Allies which follow the hero are now considered to be ‘intelligent’, and won’t charge into battle against enemies that are asleep or haven’t noticed you yet. This should make allies much less prone to leaping to their death against enemies you might not have even wanted to fight, especially piranhas. Intelligent allies are all capable of following the hero between depths as well. Lastly, all allies, intelligent or not, can now swap position with the hero when interacted with. 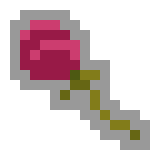 The Ghost Hero is getting some improvements as well. In addition to being considered an intelligent ally, the ghost can now also be given simple instructions via the dried rose. Similarly to how you guide the hero, you can tap on the rose and then on a location, and the ghost will act based on what/where you tapped on.

Lastly, the ghost has some new dialog, and all dialog will now support translations (previously the ghost only talked in English). The ghost is also getting some adjustments to their evasion and health, to make it more efficient to heal them and give them stronger armor.

While existing allies are doing decently from a power perspective, none of them quite tap into the power budget offered by scrolls of upgrade. The Ghost comes close by being able to wield weapons and armor, but the dried rose still can’t be upgraded directly. Wands, with their varied effects, are the perfect sort of item to produce upgradeable allies. 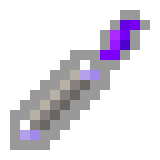 The Wand of Warding is an offensive wand that spawns autonomous wards on the ground. Initially, these wards simply zap a nearby enemy and then dissipate, but they can be upgraded by being zapped by the wand multiple times. Upgraded wards can shoot more times before dissipating, but wards can be broken by a single hit, and so require some protecting.

After being upgraded enough times, wards spring up from the ground and become magical sentries! These sentries are still locked to one location, but now have health and defensive properties. Sentries spend health to attack, but can be healed by any regular healing effects, or by being zapped with the wand.

The wand of warding is capable of producing really strong and consistent damage, but requires some setup first. There’s loads of strategic potential to it as well, you can simply shoot wards and leave them to attack anything that comes by, or you can build a sentry nest and try to strategize around kiting enemies into it. 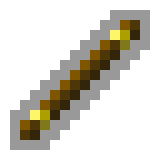 The Wand of Living Earth is a more defensive wand, which deals poor damage but compensates for it with protective power. The wand shoots blasts of rock which impact at a target location, and then return to form around you. This rocky armor will take a significant amount of damage for you, but will dissipate as it absorbs damage.

However, if you build up enough rock armor on yourself those rocks will shoot forward when you next use the wand. The rocks will form up into a rock guardian which will land at the zap location, and persists until there are no nearby enemies. The guardian will prioritize attacking whatever you zap with the wand, and when all threats are gone the guardian re-forms back around you as rock armor.

The guardian is not a damage powerhouse, but is quite tanky. It’s excellent for pulling aggression away from you, and allowing you to focus more on offense. Because of its defensive stats, the guardian works really well with healing or other ally-buffing items. The stats of the guardian also scale with the wand’s level, so players who want to try dumping into a wand of living earth might find they can make their rock guardian very powerful indeed.

In addition to ally improvements, 0.7.4 will also feature some balance changes and interface adjustments. I’m continuing to boost the power of the alchemy system by buffing individual recipes, and 0.7.4 will focus heavily on buffing various enhanced bombs which are under-performing. I’m also making some adjustments to the game’s title screen UI to allow for more functionality to be added to it in the future. The interface in it’s current state is getting pretty cluttered, so I’m trying to streamline the existing content and also make it more expandable for the future.

I’m expecting to release 0.7.4 is about a week, so look forward to these additions soon!

If you’d like to support the development of Shattered Pixel Dungeon, please consider either making a purchase in the Google Play version of the game, or supporting me on Patreon! The Patreon is currently in a soft-launch state, and I intend to expand it based on interest and feedback.