Hey Dungeoneers, v0.9.1 has been released on Google Play and GitHub! It should roll out to users on Amazon soon as well.

v0.9.1 introduces the second tier of the talent system and makes some major improvements to the first tier of talents! There is also a major expansion to the level generation algorithm and a bunch of smaller additions and improvements.

I talked about many of the talent additions and changes in a previous blog: Coming Soon to Shattered: Levelgen Refinements!

I also talked about those levelgen improvements in a previous blog: Coming Soon to Shattered: Tier Two Talents!

Here’s a condensed runthrough of the major changes in v0.9.1. You can check out the changes screen in-game for a fully detailed list. 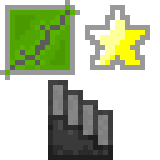 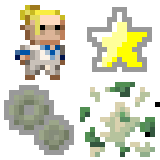 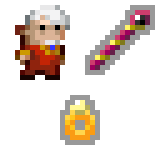 The next update to Shattered Pixel Dungeon will be v0.9.2! The main focus of that update will, obviously, be tier three talents, which I’m expecting to span levels 13-20. That will make for 8 points to spend, probably over 6 different talents. Unlike tiers two and one, these talents are going to have a bit more going on, as they’ll be influenced not only by your hero, but by your subclass choice as well…

I don’t have any definite plans yet, but I may also take the opportunity to make some design improvements to a few hero subclasses. I’m not yet ready to commit to which ones yet as I’ll need to see how possible design changes work out in development first.

Also, just as with tier one talents, I plan to keep an eye on how tier two talents and general hero balance goes in v0.9.1 and make adjustments accordingly.

If you enjoy Shattered and want to help me keep making it, please consider supporting me on Patreon! Patrons get access to exclusive weekly mini blogs about upcoming updates, and also help determine content direction through community polls! The Patreon has also recently been expanded with monthly Q&A livestreams!