That’s right, after being requested since 2015, partly in the works since 2019, and becoming a major focus in 2021, Shattered Pixel Dungeon is finally coming to iOS!

In fact, I am running a public beta for the game on iOS right now! The beta uses Apple’s TestFlight service and is freely available for anyone with an Apple account and device running iOS 9 or later. Feel free to share the link with your friends as well, there is no limit to the number of participants!

I plan for the public iOS beta to last for a little more than a month while I develop v0.9.4. This should give plenty of time to squash any bugs that pop up, though the game is already very stable in its current state. Look forward to another blog post around the end of this month about v0.9.4, and follow me on Twitter if you’d like faster updates.

When v0.9.4 is ready, it will be the first version of Shattered that releases on the App Store proper!

Here are some more specifics about the full release on the App Store:

Lastly, no changes are being made to the existing distributions of the game on Google Play or Github. In fact, once Shattered is properly launched on iOS I’m going to start working toward releasing it on desktop platforms as well!

We’re also a bit more than halfway into 2021 now, so let’s do a little update on my 2021 plans, and talk about what I’m prioritizing right now. Obviously the talent system is done (minus some balance tweaking), but there’s still lots of things I’d like to do: 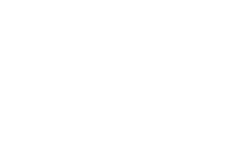 Firstly, there’s v0.9.4, which I already talked about at the end of the 0.9.3 release post. To quickly recap, v0.9.4 will be the first version to release on iOS, will feature remastered music, will include targeted balance changes and alchemy additions, and targeted improvements to the new player experience.

After v0.9.4 things are a bit less locked in, but here are the four changes to game content that I am most likely to get to work on after v0.9.4: 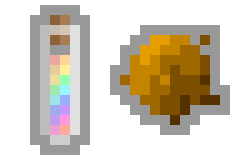 Alchemy Improvements will likely be a big focus of the update that comes after v0.9.4. Some of the changes I have planned for alchemy are direct balance tweaks, but there are bigger ones too. Overall I want to make the system easier to use and better at recycling items the player doesn’t want. 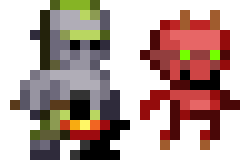 Quest Improvements are another big candidate, as the game’s later quests are really showing their age. I want to make these quests substantially more involved, perhaps even like sub-games with unique twists on regular gameplay, that give the player a little distraction from their main quest. 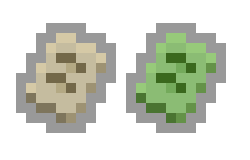 Lore Improvements are also coming. The system the game uses for the guidebook was always made to be expandable, and I want the player to be able to find and read a bunch of documents that detail the game’s lore. I might start looking to do this iteratively, over several updates, rather than all at once. 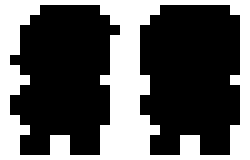 New Heroes are becoming a bigger consideration now that talents are done. These heroes would be designed from the ground up to use Shattered’s new gameplay systems, which should make them quite interesting indeed. One will be a divine magic user, and the other a weapons specialist.

If you enjoy Shattered and want to help me keep making it, firstly please buy it on iOS! If that’s not an option though, please consider supporting me on Patreon! Patrons get access to weekly mini blogs about upcoming updates, a monthly devstream, and also help determine content direction through community polls!