Hey Dungeoneers, v0.8.2 has been released on Google Play and GitHub, and should roll out to other platforms such as Amazon and F-Droid soon!

v0.8.2 includes major interface improvements & additions, a new equipment slot for rings/artifacts, and a bunch of smaller improvements and balance tweaks! I talked about the interface changes and new equip slot in detail in a previous blog: Coming Soon to Shattered: Improved Interfaces!

Here’s a condensed runthrough of the major changes in v0.8.2. You can check out the changes screen in-game for a fully detailed list. 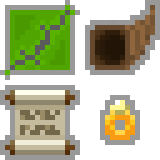 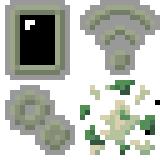 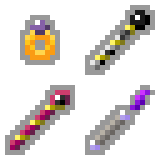 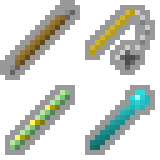 The next update to Shattered Pixel Dungeon will be v0.9.0! As mentioned earlier, v0.9.0 is going to be introducing a new gameplay system that’s focused on the game’s heroes. I plan to release this system incrementally, so v0.9.0 will include an initial round of content under this new system, which will then be expanded on in future 0.9.X updates.

It’s important to note that releasing the system incrementally will mean that, unlike other v0.X.0 updates, v0.9.0 shouldn’t be an oversized update that takes six months! v0.9.0 will definitely take longer than v0.8.2 did, but I’d like for it to take 2-3 months tops.

In addition to that gameplay system, I’m also hoping to make some incremental improvements to the game’s challenges with some some tweaks to existing ones and at least one entirely new challenge!

You can look forward to a blog post on v0.9.0 with some details about the new gameplay system later this month or in early September. What’s more, now that there’s an in-game news feed, you don’t even have to check the website to know when it’s out!