Hey Dungeoneers, v0.9.2 has been released on Google Play and GitHub! It should roll out to users on Amazon soon as well.

v0.9.2 adds the third tier of the talent system, which interacts with hero subclasses and is the most significant tier yet! There are also a bunch of balance changes to the various classes/subclasses, and enemies in the late prison and deeper.

I talked about most of these changes in detail in a previous blog post: Coming Soon to Shattered: Tier Three Talents!

Here’s a condensed runthrough of the major changes in v0.9.2. You can check out the changes screen in-game for a fully detailed list. 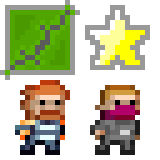 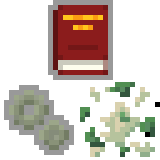 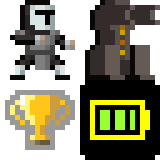 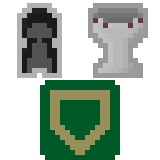 The next update to Shattered Pixel Dungeon will be v0.9.3! This will be the final talent system update, adding a fourth tier that spans levels 21 to 30. This tier will significantly tie in to class armor abilities, offering players more customization options and the ability to power them up through the use of talent points! The goal here is to give the player a bit of specialization and progression in the final stages of the game, where they’d otherwise have their character build finalized. I’m going to try and have a blog post out about v0.9.3 sometime in March.

Lastly, I’m going to keep a close eye on the balance of the game after v0.9.2. Aside from making the game a bit too easy, v0.9.1 ended up going quite well, but I expect the greater range of talents in v0.9.2 will necessitate some balance adjustments. Expect changes to T3 talents in patches for v0.9.2, and possibly some more significant changes in v0.9.3.