Hey Dungeoneers, v0.9.3 is well into development, so it’s about time for me to share some of what’s coming!

For this blog I’m going to cover all of the new content coming in v0.9.3, including an overview of how T4 talents will work. Expect more details on T4 talents in a future blog. For this post, we’ve got some item changes, a new challenge, and improvements to armor abilities!

In v0.9.3 I’m making tweaks to some of the unique items the player finds in the game. Firstly, we’ve got a change meant to improve inventory management: 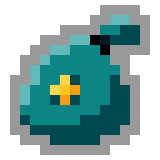 The Velvet Pouch is becoming the default starting bag for all heroes. This should help with inventory management in the early stages of the game and ensures all heroes have the same starting inventory behavior when it comes to containers. The loss of hero uniqueness is unfortunate, but talents are already covering that very nicely.

Next are three thematic item changes. Each of these is meant to change a unique item to make it better fit into the game’s world: 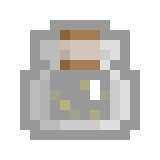 In the earlygame, the Dew Vial is being replaced with a Waterskin, which is now a starting item. I’m making this change as a waterskin makes more sense as a starting item compared to the oddly specific dew vial. This also adds a possibility for the hero to transport other liquids in the future, such as alchemical energy or the contents of the various magical wells. 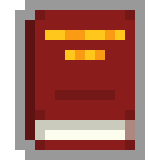 Moving toward the midgame, the Tome of Mastery is being replaced with Tengu’s Mask. The mask performs the same functionality as the tome, but is much better integrated into the game thematically. Rather than Tengu holding an arbitrary book which empowers the hero, the hero is instead granted power by the same artifact that gave Tengu his strength! 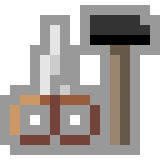 Lastly, the Armor Kit is being replaced with Dwarf King’s Crown. Just like with Tengu’s mask, this is a cosmetic change that better ties armor enhancing into the existing lore of the game, rather than having it be granted by an arbitrary item. Dwarf King’s power now transforms your armor and lets you use new abilities!

It’s worth noting that the sprites for the vial, tome, and kit are still in the game’s code. If I ever find a good place to use them, we’ll definitely see these item themes come back in some capacity.

The enemy changes I made in v0.9.2 did a good job of keeping difficulty balanced despite the new talents, but some players want more! The last challenge I added was Hostile Champions in v0.9.0, which was received extremely well. The game’s seven existing challenges mostly focus on taking mechanics out of the game, which made hostile champions a welcome change of pace. For the game’s ninth challenge, I’m looking to do something similar. 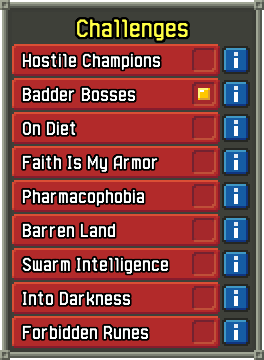 This new challenge is tentatively named Badder Bosses! When I reworked bosses, I purposefully designed them with a bunch of mechanics that could be tuned and adjusted to increase or decrease their difficulty. This challenge is all about taking those mechanics and amping them up!

Earlier bosses like Goo or Tengu might get slight stat buffs and give the player less leeway to evade abilities. Later bosses like DK and Yog will have more powerful and more frequent abilities and summons. In particular I’d like to see if I can bring back a bit of the multi-fist mayhem that Yog had prior to its rework in v0.8.0.

This challenge is coming in v0.9.3 thanks to the folks on Patreon! I offered a few choices for side content in v0.9.3, and a new challenge was the most popular option.

As mentioned previously, this final talent tier is going to be all about armor abilities, so let me explain how that’s going to work! 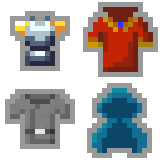 By floor 20 the player’s build is pretty finalized. That’s not a bad thing, but it means that the satisfaction of progressing begins to ebb away at the end of the game. By deepening class armor abilities I can create a nice little endgame progression arc that lasts for just those final five floors. 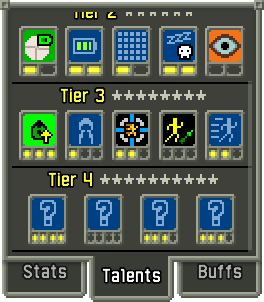 I’m currently planning for each ability to have four talents that accept up to four points each. This continues the trend of encouraging more specialization as talents get to higher tiers.

As an example, one armor ability I’m working on for the Mage is Elemental Blast, which is an extension of his current molten earth ability. Rather than just using fire, this ability would create an AOE effect that’s based on the wand imbued in the Mage’s staff. Talents might make this AOE larger, increase the effect duration, or grant the Mage a self-buff.

Expect another blog with more talent/ability details later in April. I’ll be pushing to get v0.9.3 ready for beta around that time as well.

Also, I’ve been getting a lot of questions about Shattered Pixel Dungeon on 🍏iOS🍏 after I mentioned it in a blog post at the start of this year. I don’t yet have anything to announce publicly, but I am now actively working on this! I expect that I’ll be able to make a public announcement some time after v0.9.3 releases. If you’d like to be among the first to know when things are happening on this, please send me an email/message expressing your interest, or…

Please consider supporting me on Patreon! Patrons will be the first to hear about progress on porting the game. Patrons also get access to exclusive weekly mini blogs about upcoming updates, a monthly livestream, and also help determine content direction through community polls!