Hey Dungeoneers, v1.0.0 has been released on Google Play, the App Store, and GitHub! That’s right, after seven years of development, we’ve hit v1.0.0, and Shattered Pixel Dungeon is finally available for purchase on iOS!

You can also discuss this update on the Pixel Dungeon Subreddit!

Yes, that’s right, the update previously named v0.9.4 is now the big v1.0.0! Shattered is officially a released game, and I am confident in calling it a full experience, not just a work in progress!

This does not mean I am finished making updates though! I still have plenty of ideas, and have been receiving enough support to be able to develop the game for the foreseeable future.

This decision came a bit suddenly, as I only just discovered Shattered’s existing version naming scheme is incompatible with the App Store. Moving forward Shattered will use the industry standard major.minor.patch format instead, with 1.0.0 as a starting point.

It would have been nicer to have planned this from the start, but the more I think about it the more confident I am that this update deserves the v1.0.0 title. This is a huge milestone for Shattered with the release on iOS, new music, and the first time the game is being offered as a paid product! We’re also releasing just a bit after Shattered’s 7th birthday!

I am sorry that v1.0.0 ended up being fairly light on new content, but there will still be plenty of that to come in future updates.

v1.0.0 contains a variety of content additions and refinements. There is new music, support for new platforms, new alchemy recipes, and a few other odds and ends. I’ve also made a bunch of balance changes to hero abilities and various items.

I talked about this update in three previous blog posts:
(Keep in mind that in these posts I call this update v0.9.4) 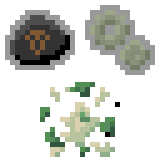 The next Shattered update will be v1.1.0, and will focus heavily on alchemy! I want to make alchemy more cohesive, simple, and make it better at recycling items the player doesn’t want into items that they do want. 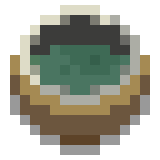 The most major change will be an overhaul to how alchemy energy works. Currently energy sort of sits on top of the system and acts as a limiter on how much advanced alchemy a player can perform, but otherwise does nothing. I have some plans to make energy a much more integral part of the system, and for it to tie directly into recycling consumable items. 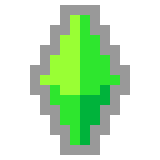 With alchemical energy changing, I'll naturally be looking at many of the game's higher end alchemy recipes as well! I can't promise that every single recipe will be perfect, but I hope to make some major changes in the next update that will substantially improve on many recipes. 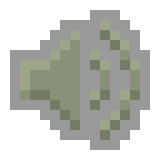 So far the early reception to the new music has been extremely positive! Kristjan and I are already working on some new tracks, and we might be ready to add more music in the next update. The current plan is to have a unique track for every region of the dungeon! 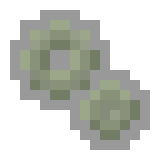 Lastly, there will be some smaller miscellaneous changes v1.1.0 as well. I plan to continue keeping an eye on game balance and making tweaks to the new hero abilities added in the v0.9 updates. I might have enough time spare to rework an item or two as well!

Expect to hear more details about v1.1.0 in a future blog post, likely sometime in September. If you want faster updates about what I’m working on, follow me on twitter! The micro-blog format of that website makes it perfect for giving quick project updates.

If you enjoy Shattered and want to help me keep making it, firstly please buy it on iOS! If that’s not an option though, please consider supporting me on Patreon! Patrons get access to weekly mini blogs about upcoming updates, devstreams, and also help determine content direction through community polls!