Just as with previous years, I’m writing a blog post at the start of 2022 to summarize my longer-term plans for Shattered Pixel Dungeon! This post starts with a year in review, and then lists a bunch of major changes and additions that I have planned for the game. These will end up being the focus of future updates both in this year and into the future.

2021 only had four updates, but each one was pretty substantial! You can read some of 2021’s blog posts for full details, but here’s a quick summary in relation to Shattered Pixel Dungeon in 2021.

Of 2021’s updates, v1.0.0 was easily the most significant for the game’s exposure and sustainability. The iOS playerbase has tripled the number of people financially supporting the game. Thanks to this, I should be able to financially support my game development efforts well into the future!

There have also been some improvements over at my Patreon! In addition to the existing rewards (mini blogs, content polls, Q&A, etc.), I’ve finally started shipping out pins as a loyalty reward for long standing patrons, and have started to give Patrons access to limited early playtests of content updates!

For 2022 my main focus is firstly on finishing up the game’s Steam release, and then working on various bits of new game content that I’ve mentioned in previous yearly posts. While I’m sure I’ll make some improvements to game systems and existing content, I want 2022 to be mostly about adding new content to the game. Read on for more details.

Please note that this is not a specific plan or roadmap. I really try to avoid locking something down until I’m actually developing it directly. Everything I’m about to discuss is speculative and may change. These also aren’t necessarily the only things I could work on in 2022.

These are things I’m giving more immediate priority to because I have a fairly solid idea how they will all fit into the game. I’m going to try and get most or all of these done in 2022. 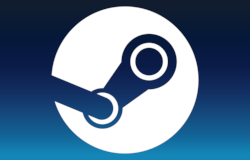 As mentioned in October 2021, Shattered is coming to Steam! I intend to make some technical and UI improvements to the game to take advantage of different control schemes and larger displays. Mobile users (especially tablet or controller users) can expect to see benefits from this as well. Working toward this is going to be my exclusive development focus in the first bit of 2022, so expect to hear more about this very soon! I’ll be making another post about this toward the end of January. 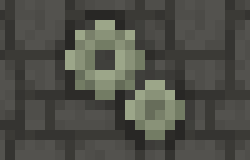 I’ve got a bunch of smaller content additions and improvements I’d like to make in 2022. These will likely appear as bonus side content in other updates, rather than being the focus of an update themselves. These sort of improvements could take many forms, but here’s a quick list of some of the things I’m considering most:

Patreon. If you’d like to influence what smaller content I focus on, please consider pledging and voting! 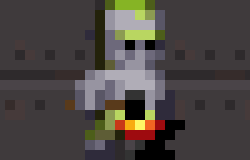 I have some rough ideas for both of the later quests, but at the moment the blacksmith’s idea is the most promising. Rather than having you run around the existing dungeon, the blacksmith might task you with mining out a special area filled with unique dangers and rewards. This would be a bit like a minigame, pulling inspiration from other mineral digging games like motherload, minecraft, etc. The quest’s rewards will be expanded, and how much the blacksmith is willing to do for you may depend on how much ore you manage to bring back. 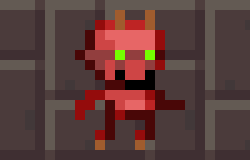 As mentioned in previous blogs, I want to convert shops to use an interface, rather than placing items on the ground. This will both be more convenient, and would mean shops can take up less space. That would allow me to add new more specialized shops and merchants to complement the existing ones. These shops would appear semi-randomly through the dungeon with more limited and specialized stock. Some may trade in things other than gold as well.

That’s right, now that the talent system is done it’s becoming more feasible to add new heroes! I have two designs, which I’ll show in a random order, along with a little tease at their splash art. 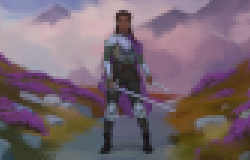 The first hero I have planned is The Duelist. She’s a weapons master who will gain unique abilities based on what melee weapon she has equipped. I want her to contrast with the Warrior, who wants to upgrade armor to gain lots of passive power. The Duelist will instead focus on weapons through a bunch of activated effects.

These ideas may depend on other things being finished first, I may not have a complete idea of how they may work, or they may not be worth the time commitment versus other updates. I may get one or two of these done in 2022, depending on how well the higher priority items go. 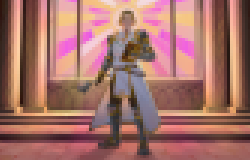 The other hero I’m planning is The Cleric. They’re a divine magic user with a wide variety of defensive, supportive, and utility spells. I want them to contrast with the Mage, who likes to heavily upgrade wands. The Cleric will get a wider variety of utility-focused magic instead, without having to use scrolls of upgrade. 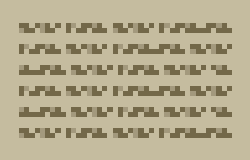 I’ve promised a dedicated lore system in the journal for quite a while, but unfortunately I’m going to hold off on this until I’ve added the new heroes mentioned above. That being said, I do hope to add lots of incremental lore improvements via other updates. Improving shops and quests are both obvious candidates for this, as quite a bit of lore could be conveyed through the dungeon’s friendlier denizens. 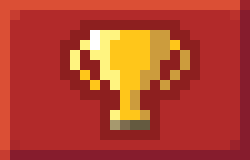 In most roguelike games a ‘daily run’ lets players play with the same dungeon generation once a day, and then be ranked against each other based on score. Some of this, like an online leaderboard, will be very tricky to implement, but it would be relatively easy to build an offline system where players will get the same run based on the day or week. Sharing your scores with others manually isn’t ideal, but it would be a good start and would fulfill the oft-requested feature of being able to play the same dungeon as your friends. 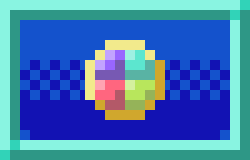 Right now the game’s badge system is mostly made up of badges that are unlocked through regular gameplay, and so the system becomes pretty sparse once a player is experienced. I’d like to improve how badges are organized, and add a bunch of badges that encourage alternate game styles or reward specific accomplishments. This way badges could add a lot of replayability to the game. While a full overhaul is a bit of a ways off, I do think there’s room in the current system to incrementally add a reasonable number of new badges.

These ideas are lower priority due to some mixture of heavy dependency on other updates, high difficulty of implementation, or lack of any clear design direction. These ideas might get more fleshed out concepts in 2022 but I am unlikely to work on any of them directly. 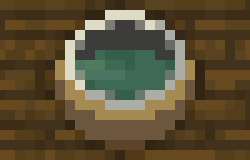 I think there’s room for one more type of equippable item in the game. This would be a ‘modifier’ item, which is more about tweaking gameplay variables than giving direct power or utility. Just like with artifacts, I’m considering alternative ways to power up these items, instead of scrolls of upgrade. Alchemical energy might work very well as a means of producing and powering up these items, and would give more reason to turn excess consumables into energy. 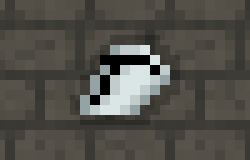 It would be nice to make some more subclasses which take advantage of Shattered’s increased equipment and class diversity. This absolutely has to come after adding new classes though, and it’s important that I have enough good ideas to ensure that all of the new subclasses are interesting. Ideally I’d like each hero to have three subclasses, to go along with their three armor abilities. 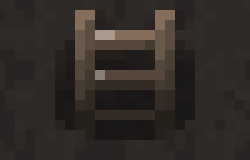 It’s a common request for Shattered to have more dungeon floors, but I don’t really want to make the game longer. An alternate path solves that problem by offering a sort of ‘hard mode’, with new environments and enemies which tax the skills of experienced players. Of course, adding in such a path would be a gigantic time commitment, which is why this is toward the bottom of the priority list. 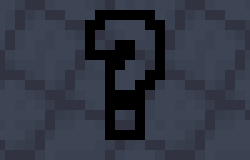 Since I started it in 2014, Shattered has gotten a new 2.5D art style, new sound effects, hero splash arts, and most recently new music! We’re now at a point where the pixel art itself feels a little dated next to all the other things that have been improved. I’m not sure exactly how I might do this yet, but I have a few ideas about remaking the game’s sprites and environment texturing, while still trying to stay true to the original style.

Those are my plans for 2022! While there’s still plenty to do, I am excited to see some very old promises start to move up the priority list. If all goes well, 2022 should be a great year for new content in Shattered, and carve a pretty clear path toward 2023. If you’d like to help me make these plans a reality, please take a look at my

You can discuss this blog post on the Pixel Dungeon Subreddit, or on the Steam Community Forums!